The International Cycling Union (ICU) is the Association of national cycling federations, which was created in 1900 on April 14. It is currently headquartered in Switzerland. The ICU is dedicated to regulating standards in competitive cycling events around the world, as well as regularly holding competitions and events.

The ICU consists of the president, currently the French David Lappartient, in office, the Secretary-General, Vice-President, the Congress (which is held each year), the executive body, the technical committees, and the Audit Committee.

As the UCI has been progressing and evolving in time has changed its functions in the field of cycling since that is the highest level of the sport.

The main objective has always been to promote and encourage cycling as a sport and the group of cyclists who practice this sport.

Its main functions are:

Under the supervision of the Union of international cyclists we find a series of specialties:

The UCI and the Doping

As expected, the Union of international cyclists also takes part in the topic of doping in the world of cycling, although it was not until 1998, with the Festina case, that it turned to the topic.

In addition to these functions, the ICU carries out strict control over bicycles; with this, we refer to precise control over the materials used by equipment for correct compliance with the regulations. Several verifications must, therefore, be carried out about ICU technical regulation, counter-clock control of bicycles and accessories. 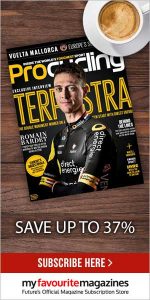